Dr Pradip Bijalwan: An Unsung Journey for an Equal World

Many health workers have given their lives working tirelessly for the Covid-19 ill; Dr. Pradip Bijalwan was one of them. His journey was different: he had given his life caring for the under-privileged and he died caring for the homeless of Delhi.

It was a lonely last journey for Dr Pradip, as he was fondly called by the homeless people to whom he had devoted his life.

His body first lay in his home in Delhi for two days, while his family desperately sought a place where he could be cremated. There was a long waiting list for slots in all the crematoriums in the national capital. His family was finally given a 9 am slot on Saturday 24 April in the Gazipur crematorium in the outskirts of Delhi. His wife and daughter were also infected with the Covid-19 virus, so could not join the funeral. I was not in Delhi but a few of our colleagues accompanied his body to bid a tearful farewell to their beloved Dr Pradip.

Dr Pradip, as he was affectionately called, was born to card-holding idealistic communist parents. He trained to be a doctor in the erstwhile Soviet Union in the 1970s. During his years in the Soviet Union, he was profoundly influenced by what he bore witness to as a young man—the admittedly flawed but audacious experiment to build the most equal country in human history. What stayed with him most from these years was the principle of the equal worth of every human being as the cornerstone of social policy. It was this same idea of the equality of every human being that most characterised and drove his life’s work.

About a decade has passed since I first met Dr Pradip Bijalwan. A small band of us had been working with homeless people in cities, beginning with Delhi. In the course of our work, we discovered—after painfully scanning police records and registers of unclaimed bodies in crematoriums and burial grounds for months—that there were at least five times more chances of a homeless person dying than one who was housed. We also found that few among the homeless citizens of our cities accessed any kind of health care. They could not afford the private unqualified practitioners who other poor people relied upon, and they avoided public facilities because they found these daunting and disrespectful to people who were visibly destitute. Most among them had learnt to just live with illness when it came, suffer and if it came to that, to quietly die.

“Serving those most in need is the only work I ever wanted to do”.

To find ways to change this, we launched a street medicine programme in Delhi, inspired partly by the sterling work of Dr Jim Withers, a pioneer of street medicine in Pittsburgh in the United States. A decade of our work with homeless people had taught us this: don’t expect homeless people to come to your clinics. Instead go to them to where they live, on pavements, parks and under bridges, win their trust, and offer your care—but always with respect, empathy and dignity. This idea, in principle, was a simple one, but very hard to execute. We began by locating some splendid young nurses who were willing to trade the safety of a hospital for the adventure of the streets, and we also trained a band of dedicated health workers. But finding a doctor who would be willing to devote his evenings and nights tending the homeless on dark and grimy streets was even more daunting. 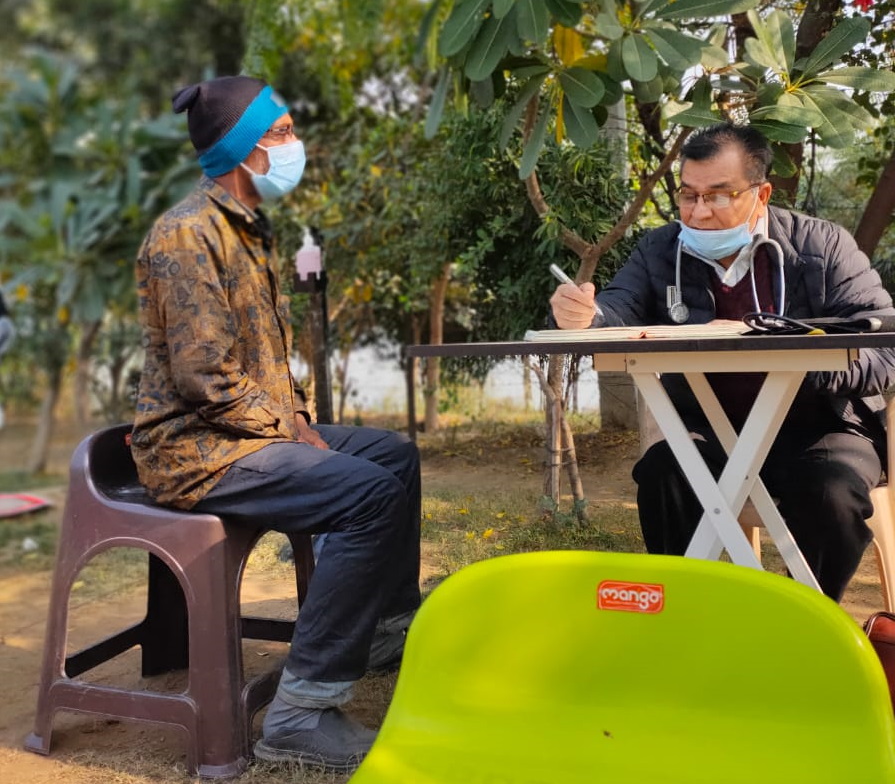 We had almost lost hope, when Dr Pradip Bijalwan walked into our lives. He was stocky, just a little younger than me, spoke little, and was unostentatious to a fault. When he did speak, this is what he said to me—“Serving those most in need is the only work I ever wanted to do”. In this way began a memorable partnership and friendship, that was destined to be cut short in a decade.

Street medicine is work in environments that are typically hostile, unsafe, poorly lit and unsanitary. It is difficult to identify homeless people during the day, so working hours are after 7 in the evening, sometimes right up to midnight. Dr Pradip, with a male nurse and health worker, would drive in a van to settlements of homeless families. The health worker would gather crowds of homeless people who reported unwell. They would mill around the van in which Dr Pradip would set up his desk. He would listen attentively to each homeless patient, examine them, and prescribe medicines. The nurse and health worker would dispense the medicines, counsel the patients for healthier life-styles, and where necessary nurse and tend their wounds. He would remember his patients, and ask after them during later visits. If patients needed hospitalization, health workers would persuade them to take the leap and would personally accompany them to negotiate public hospitals, where they had built a network of sympathetic doctors and nurses who would agree to admit their homeless clients.

Dr. Pradip would listen to the patients carefully, would never hesitate to touch them as he examined them, and offered them the same dignity and concern that he would to me if I went to him for medical care.

I sometimes accompanied the street medicine vans, and would quietly watch Dr Pradip at work. I know very few doctors who would be willing to spend their evenings at the back of a cramped van, in the dark and unsanitary settlements of the homeless, reeking of penury. He would listen to the patients carefully, would never hesitate to touch them as he examined them, and offered them the same dignity and concern that he would to me if I went to him for medical care. He was one of the last of a vanishing breed of general practitioners, who saw the patient in her completeness of body and mind, her life predicaments, and tried to treat them. The nurses and health workers recall the central lesson that they learnt from Dr Pradip: that every human being was of equal worth in every way, and deserved the same respect and dignity.

They also recalled that Dr Pradip very quickly broke the conventional hierarchies that are integral to health teams. The doctor, nurse, health worker and van driver— who also doubled up as medicine dispenser—were all equals, friends and partners in this unsung nightly enterprise of solidarity and compassion.

We could pay him only a small fraction of what he could have earned in a private hospital, or by setting up his own private clinic. But he was singularly indifferent to money.

Dr Pradip also encouraged them to read and study. They never found him without a book. A young colleague Arif—who became one of our most caring health workers—recalls that he had run away from home in the middle of his graduate studies. Dr Pradip persuaded him to enrol in the open university, and now Arif is a graduate. In his free time, Dr Pradip would talk to them sometimes about the dream of equality around which communist societies were constructed, and how more than anything else he would like to see a world built around recognizing the equal worth and dignity of every human being. 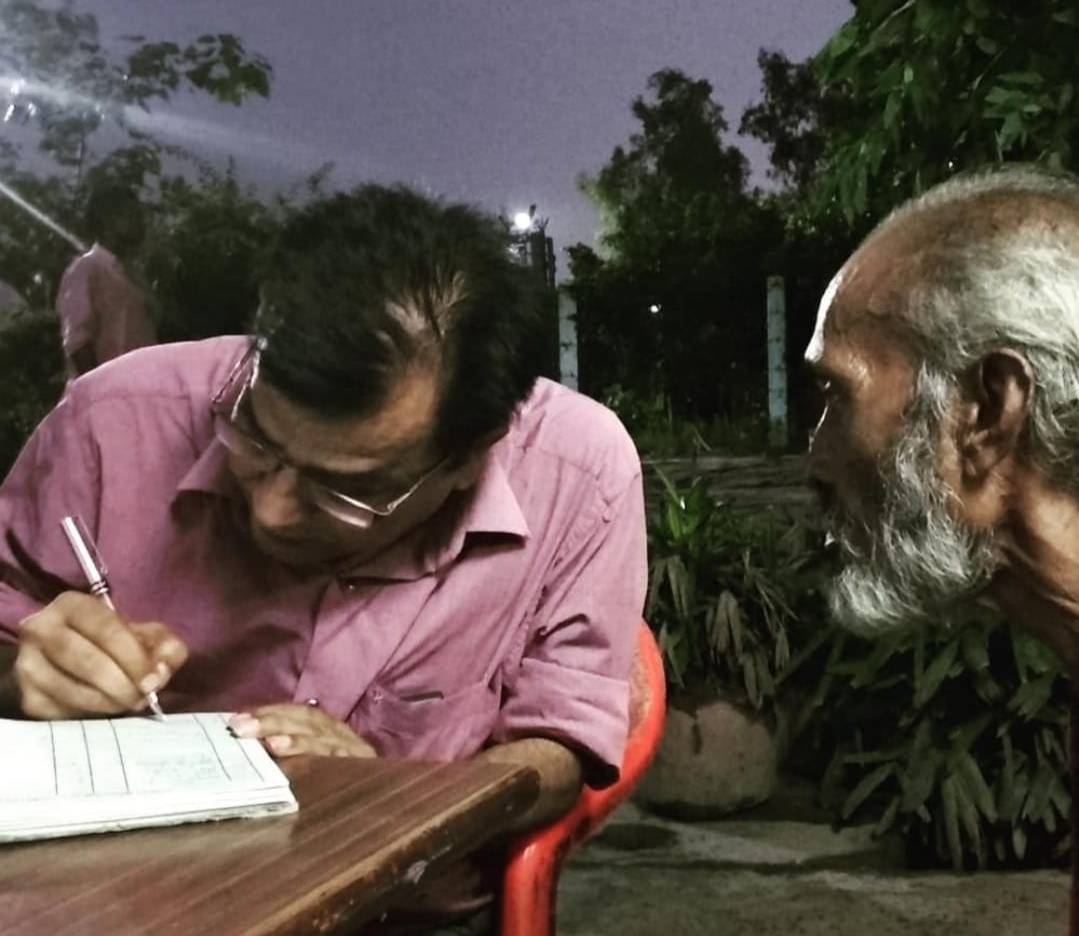 We could pay him only a small fraction of what he could have earned in a private hospital, or by setting up his own private clinic. But he was singularly indifferent to money. In him, I found a passionate comrade. He closely followed my battles with the government, my writings and my politics, and supported these generously. He worried about my safety but endorsed my struggles and my assertions against unjust power.

Dr Pradip was at the forefront of the clinic, and helped identify, treat and hospitalise hundreds of infected homeless people, saving many lives.

After the lockdown, we were on the streets almost from the second day, trying to ensure food for as many of the homeless who were thrust overnight into a calamity of hunger and joblessness. The Covid-19 infection was tardier in reaching the settlements of the homeless. But after the lockdowns eased, around September last year, we began to hear of a rise in fevers and deaths among homeless populations. Testing was very low in destitute and homeless populations, and there were no quarantine and isolation services for the homeless. We resolved therefore to start our own Covid clinic for the homeless. We ran the clinic for some months in partnership with Medical Sans Frontiers. Dr Pradip was at the forefront of the clinic, and helped identify, treat and hospitalise hundreds of infected homeless people, saving many lives.

Will it matter to anyone that a doctor who was indifferent to money, fame and his own safety… died only because he could not find a hospital bed to supply him oxygen as the virus ravaged his lungs?

It was perhaps inevitable that the virus would catch up with him. He could arguably have been more careful about his own health and protection. He would argue that when the state had so manifestly abandoned the homeless, he wanted to be in solidarity with them in this time of calamity. Doing this, he could not worry too much about his own health. When the virus invaded his body, he found his oxygen levels dip dangerously. As a doctor, he knew the dangers. His family tried desperately to help him find a hospital bed with oxygen supply, but failed. In the end, they bought oxygen cylinders and he tried to treat himself at home. But it was too late. His lungs were already far too damaged, and he breathed his last.

Will it matter to anyone that a doctor who was indifferent to money, fame and his own safety, selflessly devoted his year only to quietly serving with dignity and compassion those at the very end of the line, died only because he could not find a hospital bed to supply him oxygen as the virus ravaged his lungs? Will Comrade Pradip Bijalwan simply become one additional statistic as India records nearly two lakh Covid deaths at the time I write this? Is this the worth that we will accord to his life?

Hindu Spiritualism for a Neoliberal Age

The rise of tele-gurus signals a Hindu spirituality that resonates with the language of global capitalism, political Hindutva, and cultural consumption.
Published On: May 04, 2022 Updated On: May 06, 2022

‘Is there something in the shared, yet dissimilar, histories of Kashmiris that might yet contain the hope of a more viable future, with all its challenges and difficulties?'
Published On: April 28, 2022 Updated On: April 29, 2022

The government should not issue bad-faith rebuttals of international Covid-19 mortality estimates that challenge official figures. It should instead release data that could better resolve uncertainties.
Published On: April 26, 2022 Updated On: May 06, 2022